“Retail is Performance Theatre – Twas it not always so?”

The Morning Post:- 21st March
“Retail is Performance Theatre – Twas it not always so?”

I thought it time to write something about the issue of theatre in retail. This has been stimulated by the news that John Lewis has had all its sales personnel at its new White City store personally trained by a drama academy.

Once again hats off to John Lewis for this initiative, one of the oldest dogs teaching new tricks to everyone else. However, the fact is, theatre in retail is not new. In fact, literally, the original face of retail was theatre.

We were a nation of shopkeepers…a nation of performance artists of the highest calibre!

Some of the best actors ever have been independent retailers whose “face across the counter” has been the difference between making a sale or not. Personally I would like to nominate butchers as being some of the best actors out there. When was the last time you bought from a local butcher when it was not “your lucky day” that he had just for you “the best pork chops he’d ever seen?”

Theatre such as this is to be truly celebrated and those actors involved knighted for services to retail, for the loss of those skills and showmanship, that knowledge of the customer and the way to develop rapport with, and enjoyment for, the customer has been a sad loss to retail.

Customer service is where the theatre of retail should be. Not in impersonal screens, but in the face-to-face engagement of two human beings.

Of course this performance theatre is not restricted to John Lewis but is present in, not surprisingly, many successful retailers with a strong physical store presence.

Two of the best are Lush and Loaf.

Lush has developed an envious reputation for the bubbling personality of its staff, their product knowledge and lively engagement. They are of course part of a progressive brand culture that touches every part of the Lush business and are assisted by a dynamic and energetic training programme and store concepts where product interaction is facilitated and encouraged to an extreme.

Loaf, in turn, puts personality above product knowledge when it comes to hiring staff. The interview process is famous for identifying and selecting charismatic people with common sense and uncommon natural people skills. For a company selling sofas, its a brave strategy to leave until after the job offer the question “do you know anything about sofas?”

Is that what happens in your business interview process?

So let’s take a leaf out of the scripts of retailers such as Lush, Loaf and John Lewis, and find the ways to re-introduce theatre into our stores, creating stages for the performance of our sales personnel.

It could be an important step that prevents your portfolio of stores from becoming either a dark tragedy, or indeed a comedy of errors! 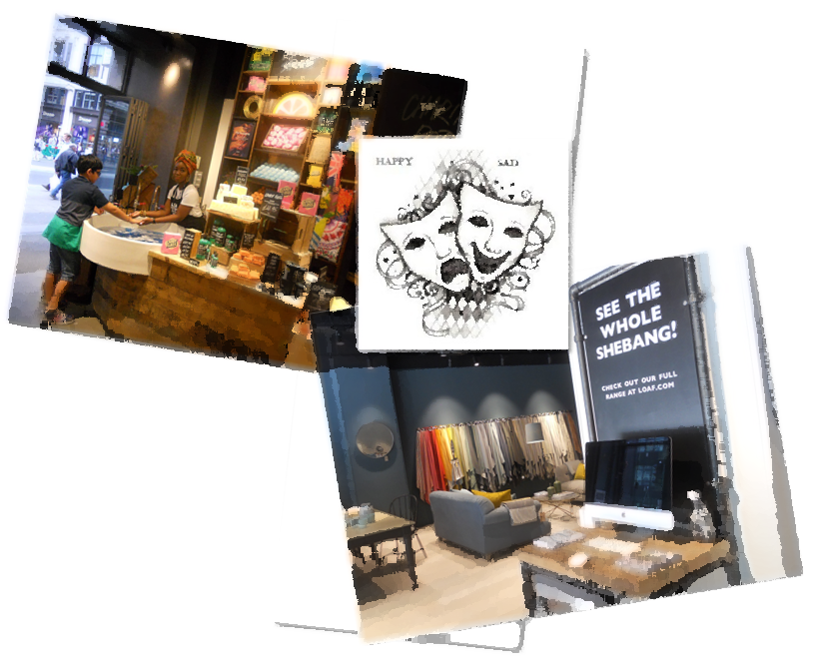 The Morning Post aims to share with you insights of retail clarity that only seem to appear in the early hours…offering some relevant thoughts and ideas to keep you warm and enthused on your journey into each retail day.

Reflect and when there’s a moment drop me a line… tim.radley@vm-unleashed.com

Thank you for continuing to read & good luck for the day ahead!
Tim Radley

For more information on how we help retail businesses…
http://www.vm-unleashed.com/specialties/